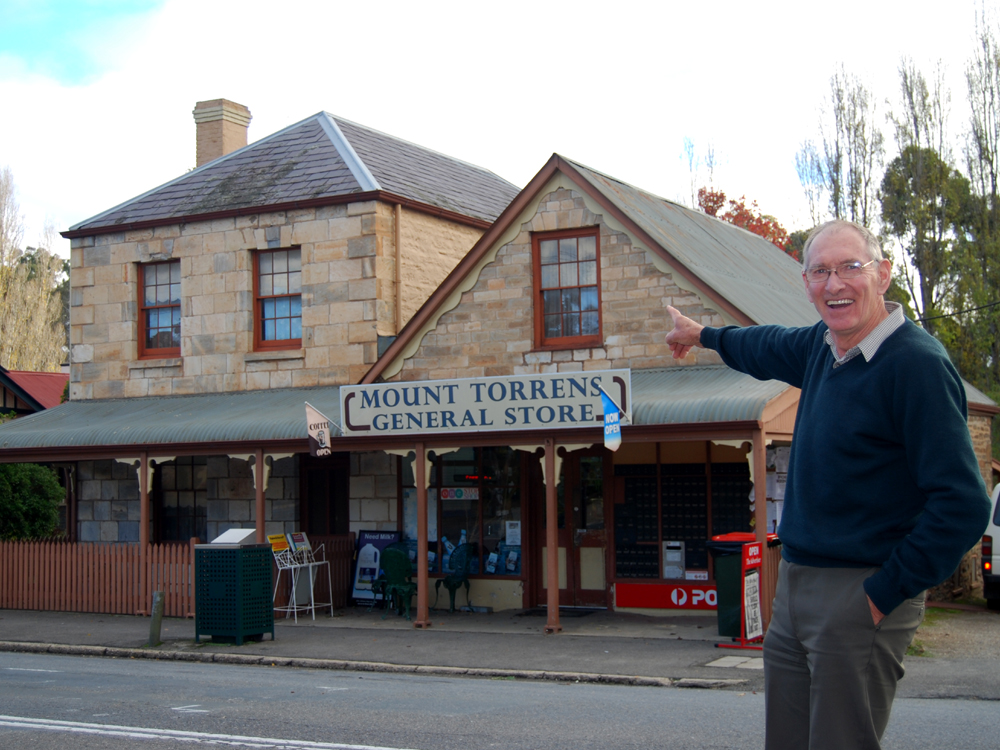 Pastor Tom Playford has an affinity with the Mount Torrens community; so it is no surprise he will soon become minister of the Mount Torrens Community Uniting Church.
Tom’s mother, Lorna Clark, was born in Mount Torrens and spent the first twelve years of her life living above the general store her father owned.

When the Mount Torrens Community Uniting Church was without a minister, they looked to Tom, who had attended the church with his wife, Toni. “They invited me to be that minister, although I am a Baptist”, says Tom with a chuckle. “I believe everyone thinks about God sometime or another, whether they talk about it or not. The Mount Torrens Community Uniting Church must be a comfortable place for anyone, whatever point they are at in life”.

Some renovations have already been made to the building, which will allow the community greater access to the church and it’s grounds. Tom hopes to encourage the use of church facilities.

“We are making the church very visitor friendly and very open to the community. We have improved the facilities of the building and we hope the community will use them for birthday parties, meetings or any number of other functions”.

Tom already has other ideas and plans to enhance the grounds surrounding the church as well as further renovations to the building.

Tom hopes to support the community in any way he can. As minister, “I will be available in the town for whomever I can help, during both good and bad times, whether it is celebrating the birth of children or sympathizing with those who grieve.”

Tom will make himself accessible to support those embarking on marriage as well as providing guidance and encouragement to families and couples within the community. Tom does not want to get too far ahead with his plans for the church, nonetheless he is eager to see the church community grow and strengthen. “We will persevere with what we do, and do what we do as well as we can”, says Tom of his plans for the church’s future.

The Mount Torrens Community Uniting Church will commission Pastor Tom Playford at 10am on Sunday, May 26th, 2013. Afterwards a morning tea and also a lunch of BBQ fish will be held in celebration.

Pictured: Pastor Tom Playford, outside the Mount Torrens Post Office and General Store. He points toward the window of the attic that served as his mother’s bedroom until the age of 12.