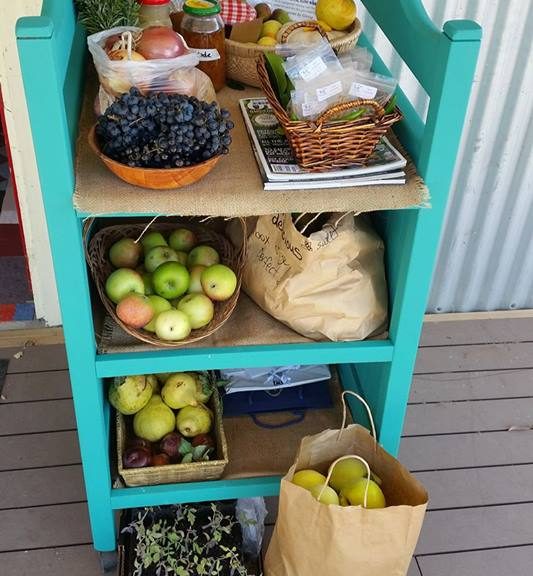 Three years ago Andrew Barker had an idea which began to germinate while camping on a farm in Meadows. It has since flourished and blossomed into the movement known as ‘Grow Free,’ uniting communities across Australia and even overseas.

Living in Middleton at the time, Andrew set up the first ‘Grow Free’ food-sharing cart bearing the sign ‘Take What You Need, Give What You Can’ in Goolwa after becoming disillusioned by the poor nutritional quality of food sold in supermarkets. At that stage the cart was only stocked with seedlings he had grown himself in the hope that people would take them home and plant them.

‘I didn’t have any expectations in the beginning. I just wanted to give away seedlings and thought it would be good if a few people got to grow vegies at home, but I also did have an intention I suppose of how things could be better,’ recalls Andrew. 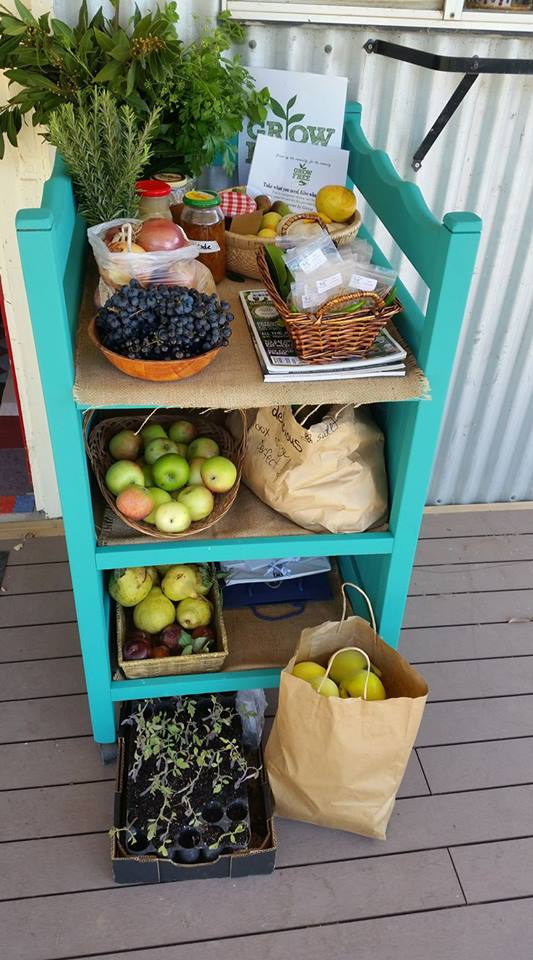 Influenced by people he met on his travels throughout India and Australia, Andrew had a vision of communities coming together to grow seedlings and sharing free nutritious food. He wanted to see more yards filled with vegetables.

‘Even if they just grew a little bit, you don’t really need to grow much of most varieties to have a big surplus to share,’ he explains.

More than three years on Andrew is now the resident caretaker at Glenbarr in Strathalbyn where he also co-ordinates a range of Grow Free initiatives such as free talks, participation in free meals programs, cooking, baking, and preserving workshops, seedling growth and distribution, and more.

Almost 140 carts have sprouted throughout South Australia, Victoria, Western Australia and as far as the United States. Spread throughout the Adelaide hills are a number of carts brimming with many forms of produce including seedlings, fruit, citrus, vegetables, eggs, jams, preserves and more.

Interestingly, what began as a free food sharing initiative has grown into a community focussed movement which
includes providing practical support reaching well beyond simple gardening assistance. With almost 13,000 members, the Grow Free Facebook group fosters a strong culture of care and compassion which is being warmly embraced by communities everywhere.

‘I see food as a medium to connect back to each other, a means of connecting and reaching out to other people,’ says Andrew. ‘People are disillusioned and frustrated with the world how it is – the politics, economy, education system… people are so disillusioned that they want things to change.’

Residents interested in more information and cart locations are welcome to join the Facebook group at https://www.facebook.com/groups/growfree