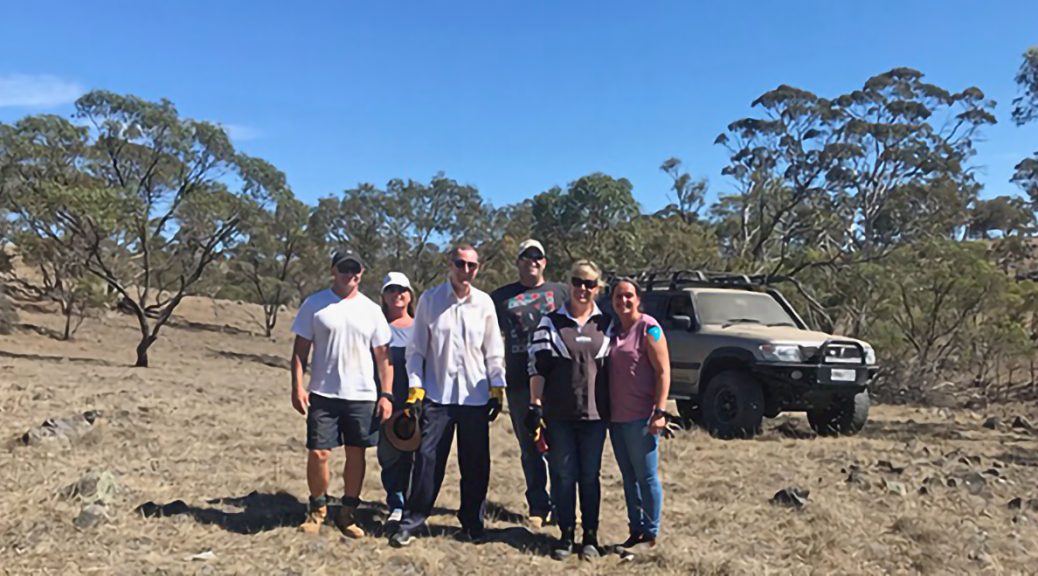 Originally built as a school for local children, it also operated as a meeting place for groups like the Harrogate Tennis Club and the Harrogate Red Cross Circle. Other activities like dances and balls, sheep dog trials and shooting competitions (handy for the gun club out the back) were also popular.

Since the school closed around 1946, the Harrogate Hall committee have overseen the running of the hall from administration and maintenance to Christmas parties, community events, private functions, quiz nights, balls and music events.

A second and larger hall was built in the 1960s, right next to the old Hall. In the past, many restorations occurred including roof insulation, floor staining, toilet upgrades, guttering on both buildings and improved drainage.

This year the committee has undertaken refurbishments with a new kitchen, paint inside and out and major works started on the structural stonework of the building. These kinds of jobs are expensive and the committee raised half the money required, which worked well alongside a government grant, a council donation and various local donations.

As you can see from the images, the structural integrity of the old Hall was threatened, so it was imperative to find a stonemason who had the skills to do the work and would drive to Harrogate (and could find Harrogate!). Stone mason, Robert Wheatley of Sellicks Beach, regularly makes the trip, but most of the unskilled work and financing is done by the committee and local community volunteers. Committee member, Anna Smolski, calls it a ‘labour of love’.

The committee still have fundraisers to come, with a morning tea to share stories and say thanks, and an Adelaide Hills dance. Here’s cheers to an incredible community with longstanding commitment and vision in maintaining this historic building; but most of all, for the preservation of this important community space. If you would like to find out more about the Harrogate Hall, please email the committee secretary, Chris Eustace on harrogate.news@gmail.com.