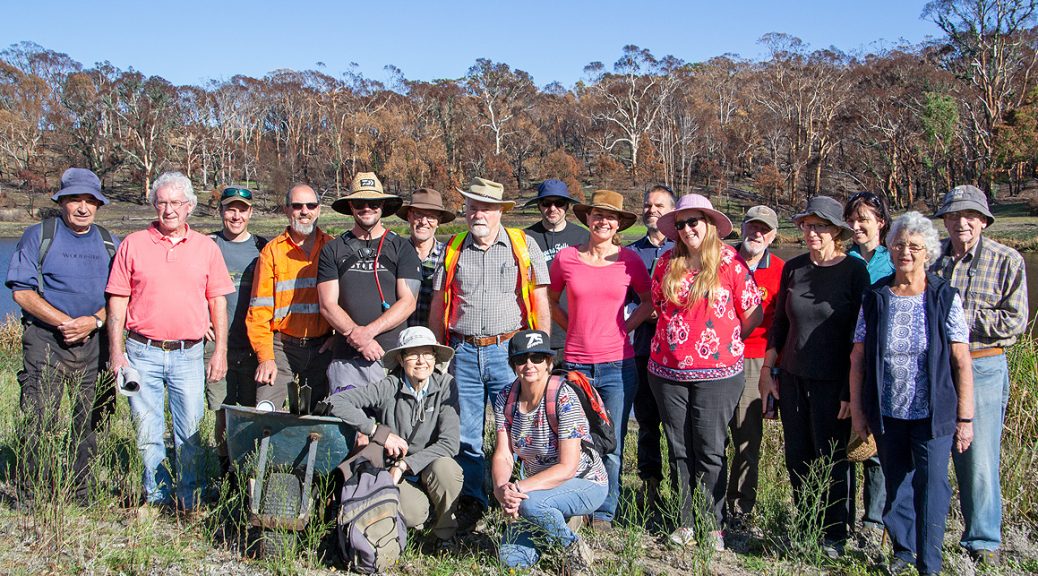 This heritage-listed nature reserve — beloved by many as a place to escape and enjoy nature — suffered an enormous blow as the Cudlee Creek Bushfire tore through in December last year. In what was considered a ‘hot’ burn, the Park endured a 95% loss of vegetation, with the remaining 5% canopy spared due to a controlled ‘cold’ burn completed by the Adelaide Hills Council in September 2018.

The Park is now partially open due to the efforts of the Adelaide Hills Council, the Australian Defence Force, Conservation Volunteers Australia, Team Rubicon and other volunteers. The Council have stated that a ‘full reopening [of the Park] will take up to three months … and Council urge visitors to remain vigilant about safety and stay on the trails.’

Bushland Park is owned by the Adelaide Hills Council and its unique biodiversity is protected under Heritage Agreement. It was purchased in the 1980s by the local council at the time, who bought the land on the condition that ‘the remnant native bush was preserved’*. Over the last 184 years the land has been mined and logged for varying uses, and its reservoirs have supplied water to the Onkaparinga Woollen Mill and the township of Lobethal*.

For the last 30 years, Friends of Lobethal Bushland Park volunteers have assisted nature to grow and recover under its own steam, protecting the Park from invasive weeds (blackberry, gorse, broom and winter heather (Erica)) and observing native flora and fauna*.

Lew Brickhill, Chair of the Friends group, led a contingent (pictured here) through the Park in February to establish photopoints for continued monitoring of vegetation. Of interest is the regrowth of 194 diverse native flora species previously recorded in the Park, twelve of which have conservation significance, including the Leafy Green-hood and Clover Glycine*.

Recovery after bushfires usually relies on the dispersal of animals to provide time for native flora to regenerate. Unfortunately, well-wishers have deposited bales of hay and piles of carrots at Bushland Park, encouraging the animals to stay. Seeds within the hay bales often germinate creating a weed problem and the animals may also eat new shoots on native plants. This has the potential to interfere with the unique biodiversity of the Park, where many species depend on the survival of a diverse number of native species.

Tonia Brown, Biodiversity Officer with the Adelaide Hills Council, assists with the management of Bushland Park. Tonia said that Bushland Park is one of her favourite parks and she commends the passionate and dedicated Friends group. She went on to say that prior to the Bushfire, a lot had been achieved at the Park: conservation of nationally threatened flora species, valuable wildlife habitat, extensive weed management, phytophthora hygiene stations, a well-marked trail network, signage, maps, visitor brochures and recreational areas including BBQs and playground.