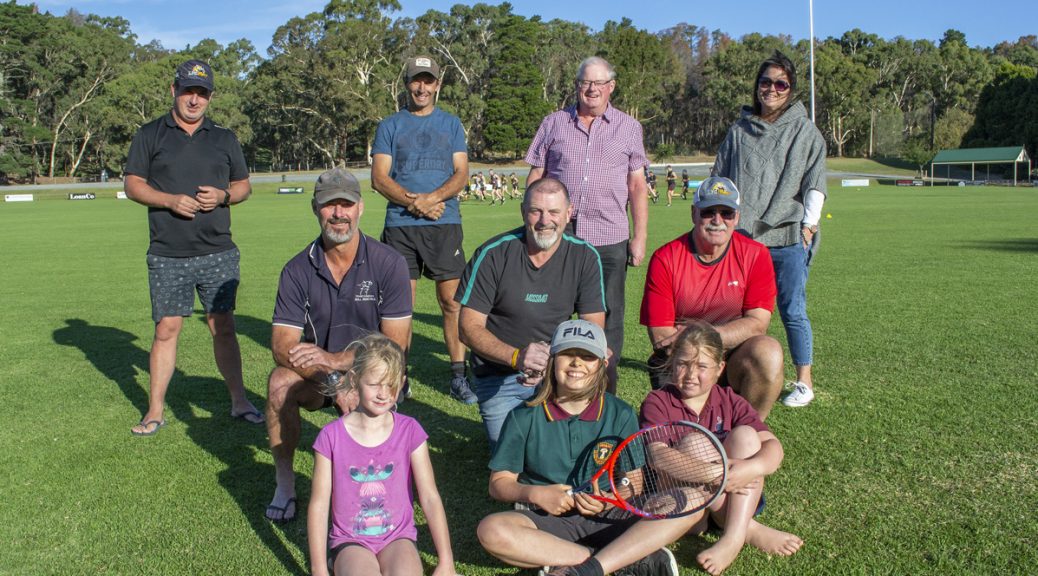 Almost every weekend of the year, the hubbub of a community or sporting event rings throughout the Valley of Praise. Shouts from footballers, umpires’ whistles, cheering crowds, and the drift of music or announcements, herald the sounds of community gatherings. For about a century the Lobethal Recreation Ground has been in continual use, an effort to be commended particularly as the Ground is a community-owned and community-run asset.

Clearly this place is more than an asset though, when you listen to community members reminisce. They talk about their childhood and family time spent at the Grounds, and how this tradition lives on as their own children and grandchildren are involved in various sports and events.

Greg Jaensch, President of the Lobethal Recreation Ground Sport Club Inc., said, ‘Our purpose is to provide high class sports and recreational facilities to our affiliated clubs and to our local and surrounding communities.’

In a normal year the Recreation Ground covers most of their own running costs, with income generated from affiliated club fees, hire of clubrooms and oval, membership fees and bar profits. Adelaide Hills Council does provide an annual contribution to help with maintenance costs.

In addition to the sports played on the Oval and surrounding grounds, a variety of events have been hosted over the years, such as car shows, carnivals, car boot sales, dog shows, private birthday celebrations, funerals, conferences, community seminars, community meetings, workshops and more.

Recently, it was the hub for Blaze Aid while they worked with the community and Rotary Club to rebuild fences after the Cudlee Creek fire. At that time, the grounds and clubrooms accommodated over thirty caravans, 130 people, and trailer loads of fencing equipment for several months.

In true community tradition, the committee and clubs are continually improving the site. The current oval dates from the 1950’s when it was rotated 90° to run north/south. More recently, committee upgrades include the kitchen, toilets, lights, oval top dress, and clubrooms. Recently the Lions Club of Onkaparinga generously donated and erected a shed and picnic tables at the southern end of the grounds.

‘These are nice grounds, well used by the community and the people who run the sporting clubs are interested in growing their sports in the community,’ Greg Jaensch said.

The Lobethal Football Club raised funds for new Oval Lights that will be utilised frequently in winter for night matches, training, and trials. The tennis and netball clubs are currently fundraising for new lights and poles after successfully resurfacing the courts.

‘The care factor is higher because it is community owned, and the success rate is higher too,’ said Lincoln Powell, Vice President. Pointing out the window at three grades of football teams training together, the busy tennis courts, and children playing on the playground, he said, ‘That is success.’

The 2021 AGM is planned for 7:30pm, Tuesday 30th March at the Lobethal Recreation Ground club rooms. Greg Jaensch said, ‘We are always looking for volunteers to help maintain the oval and surrounds, or to help any of the sporting bodies. Everyone is welcome to attend.’