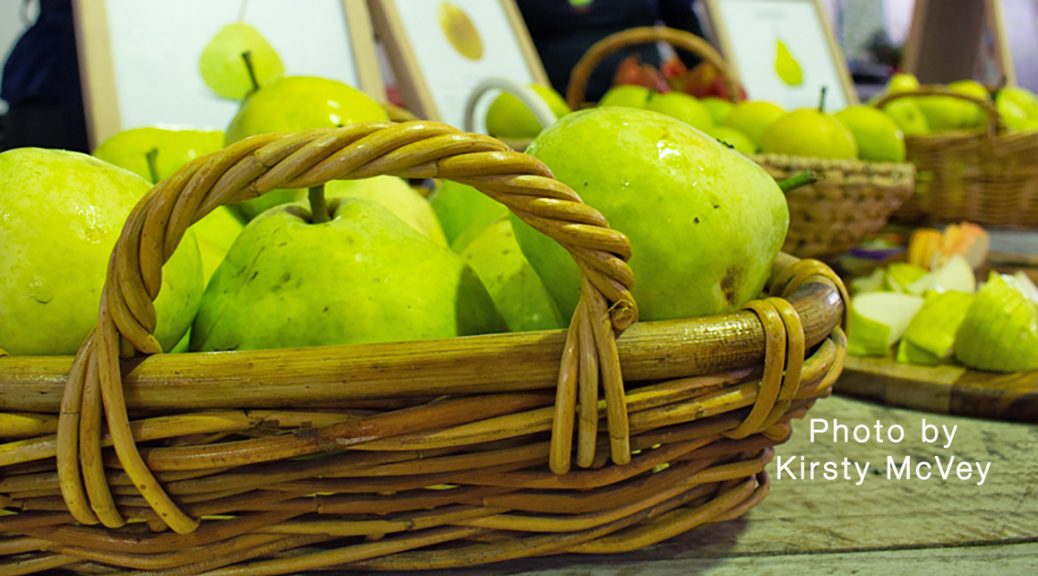 Autumn in the Adelaide Hills conveys a colourful array of changing seasons with crisp days, leaves turning and fruit ready to harvest. The Adelaide Hills supplies 93% of SA’s pears and 85% of SA’s apples according to Susie Green, CEO of the Apple & Pear Growers Association of SA. The sheer volume of fruit available in autumn is obvious on a short drive through the Hills, where you will see the vast range of reds, yellows and greens protected under their nets (the envy of birds, bats and flying foxes).

The many orchards in the Hills nurture, protect and harvest a huge amount of fruit largely due to the hard work put in by generations of dedicated locals, great soil and the Hills’ climate. The apple and pear industry employs over 500 full time workers and three times that in seasonal workers. Susie Green said that the Adelaide Hills is the ‘home and heart of apple and pear production in South Australia.’

The inaugural Pome Fest (May 31, June 1) celebrated the end of harvest this year in a unique and inclusive way. This festival is part of a long line of traditional festivals and events run in the industry since the 1960s but is the first of its kind and due to its success, may not be the last! This was a festival for everyone: industry and public alike. It included orchard tours to Lenwsood Apples, Drury pear packhouse, Ceravolo Orchard and Ashton Valley Fresh’s juicing plant, SR & SM Mason’s and Magarey’s in the Coromandel Valley. An industry dinner was held onFriday night, and a market at Fabrik in Lobethal (Old Woollen Mill) all day Saturday. And if you’re wondering why the name ‘pome’, it’s the Latin derivative for fruits produced by flowering plants in the Rosaceae family — such as apples and pears — that have a seeded core, surrounded by edible flesh.

The Saturday market was extremely well attended by over 700 visitors, indulging in the offerings from the humble apple and pear: cooking demos, food, drinks, gifts, local products and produce, workshops and children’s activities. The workshops included Callum Hann and the CWA cooking classes, pruning, grafting and cider making master classes. Susie Green says they are considering making the Pome Fest an annual event, so look out for it next year (www.apgasa.com or facebook @SouthAussieApple).

The Hailstorm Heroes campaign was launched in South Australia after some challenging years of hailstorm damage to Adelaide Hills’ crops in 2017. A quarter of the crops were lost during these wild storms, so growers worked tirelessly to save the fruit that was still perfect inside. In the early stages of growth, some apples and pears were spotted by hail stones, but this did not affect their nutrition or taste. The only sign of a troubled growth are the marks on the skin of the fruit. This campaign highlights the value in the fruit, while raising awareness to the nature of consumerism and supporting local produce.

Hailstorm Hero apple or pear packs are available in Foodland, IGA, Woolworths, Coles and ALDI. Please keep an eye out for them at independent grocers too. You will be doing yourself a favour as well as supporting local industries, businesses, communities and families.

*The Pome Fest is a joint venture between the Apple & Pear Growers Association of South Australia and the Adelaide Hills Council, both sharing the joint vision of showcasing South Australian produce.