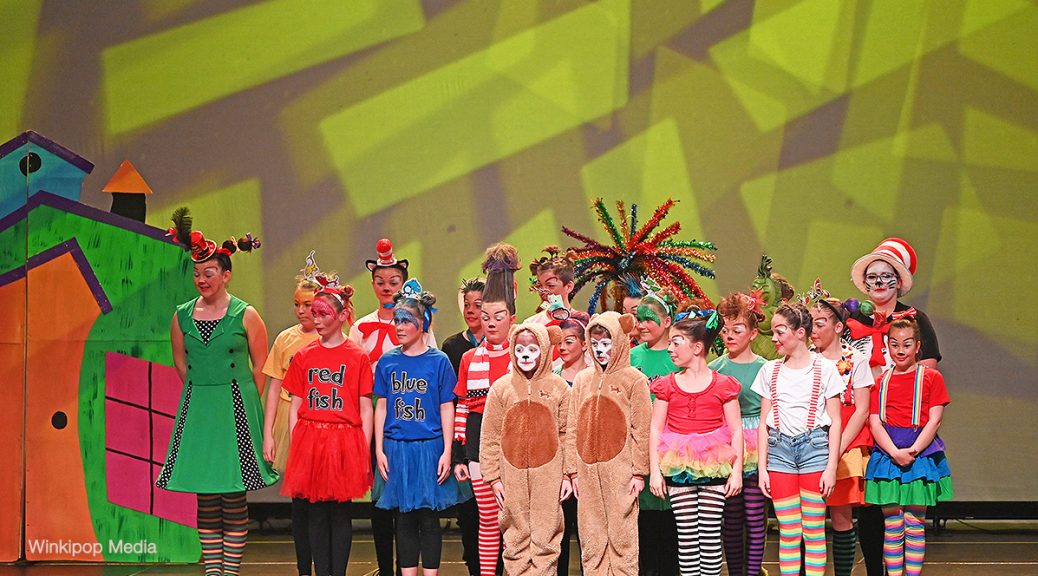 The school entered their first Wakakirri Story Dance Challenge at the Adelaide Entertainment Centre this year, with an adaptation of several Dr. Seuss stories. The students and their performing arts teacher, Mrs Jo Vorstenbosch, continually collaborated on the script to develop the award-winning performance. It is no mean feat to create a professional performance from the ground up, perform at a professional venue and then to win two awards — that takes buckets of dedication.

Mrs Vorstenbosch and 29 students (of all ages across the school) worked together for one hour a week over two terms. As the script for ‘Oh The Places You’ll Go’ developed and the performance date came closer, they started full day rehearsals. Mrs Vorstenbosch asked the children to create their own character’s backstory, and to stay in character during rehearsals.

The dance is about a young girl who wakes up in a dream land where anything is possible. The message is one of courage, determination and persistence. These values are not only clear in the performance, but also in the tangible efforts of half a year’s worth of preparation by all involved at the School.

Wakakirri started over 25 years ago in NSW, growing into a nation-wide performing arts storytelling festival for primary and secondary school students. It is now Australia’s largest performing arts event for schools with more than 20,000 students across the country performing in 2019.

The performing arts are an outlet for the students at Lobethal Lutheran School. They provide opportunities to be creative, encouraging critical thinking, positive collaboration and confidence building. These skills transfer across all disciplines, blurring the old-fashioned lines of learning to inspire independent thinkers. Mrs Vorstenbosch has seen a big change in her students’ growth and confidence. She said there’s more dancing and singing at lunchtimes, they still talk about team spirit and a school-wide bond has developed.

Year 6 student Casey said, ‘I think it was fun. No. It was fun. IT WAS FUN!’ Casey played Yellow Fish and said she buzzed about smiling the whole time.

Barnaby played a Whoville character and Evelyn played Pop. They both loved performing; there was so much excitement, action and activity on stage at Wakakirri they said.

It took three hours, for three helpers to do the hair and makeup for the entire cast. And the children who went first practiced a lot of patience not to scratch their noses while they waited. Evelyn talked about walking up the red carpet in costume and all the questions they were asked — that was when they had an inkling that their hair and makeup was spectacular!